A number of Internet Finance companies have already graduated from start-ups to listed companies with billion-dollar valuations in the US. Mobile Internet is helping drive new forms of electronic payment, new payments architecture, crowdfunding platform and peer-to-peer lending platform.

This programme aims to equip students with latest knowledge in innovation and applications of Internet Finance and Financial Technology (FinTech). It also focuses on the overall context in FinTech including regulatory framework, regulatory technology (RegTech), evolving digital technology and mobile commerce in finance. 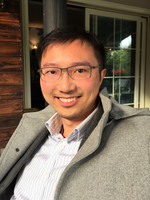 Paul is the President of Hong Kong Internet Finance Association which was founded in 2014 aimed to provide a platform for industry players in HK to interact with their mainland counterparts and to promote the collaboration of FinTech and traditional finance industry.

An experienced banker, Paul is now working in Alibaba group as senior fintech expert managing fintech initiatives for SMEs. Before that, he had worked in various roles in banks. In 2007, seeing the opportunity for foreign banks under the WTO agreement, Paul moved from HSBC Hong Kong to Shanghai to manage the strategy department for HSBC China. He then spent the next 6 years in various cities (Shanghai, Chongqing, Guangzhou and Shenzhen) to build corporate banking franchises for HSBC and subsequently Standard Chartered.

Paul is an advisor of Our Hong Kong Foundation, a research fellow of Zhejiang University Academy of Internet Finance, part-time lecturer of HKU SPACE and industry commentator in FinTech & RegTech. 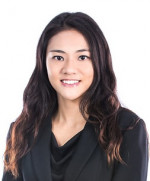 Frankie is an international technology lawyer qualified in Hong Kong, New York State, and England and Wales. She has worked in major financial cities including London, Shanghai and Hong Kong in advising on technology legal matters. Frankie recently worked on a significant regulatory technology outsourcing transaction, and advised an international technology client on a high-profile data privacy matter – a project that was awarded Deal of the Year by China Business Law Journal.  She obtained her Master of Laws (Corporate) (Distinction) from University College London on the prestigious British Chevening Scholarship, and her business administration and law degrees in Hong Kong. She is a co-founder and Vice-President of the Hong Kong Internet Finance Association and the President of British Chevening Scholars (HK) Association. Frankie is a member of the Hong Kong Government's Buildings Energy Efficiency Disciplinary Board Panel.

Emil is a FinTech enthusiast with over 20 years experience in managing IT, back office operations and business transformation projects in international financial institutions.  He had worked for several sizeable international banks including Credit Suisse and BayernLB as the roles of First Vice President, Head of IT in Asia Pacific, Project Director and Operations Manager Asia Pacific.  He has extensive experience in both Business and IT consulting encompassing the design, setup, leading and managing of cross-border projects throughout Asia.  Emil is currently the Honorary Chairman of SmartHK, an NGO to promote startups for underprivileged and the members and advisors of several FinTech startups.  He is also the adjunct lecturer of FinTech courses for Hong Kong University SPACE, Hong Kong Institute of Bankers, Vocational Training Council, Hong Kong Polytechnic University, Hang Seng University of Hong Kong and Lingnan University .  He conducts CPD accredited courses for professional bodies including HK Law Society, HK Institute of CPA, Project Management Institute, etc.  Moreover, he compiles and delivers in-house training courses for well known international companies and financial institutions.

In the past 10 years, he participated actively in voluntary community services in related to popularization of technology.  He is the founding Chairman of the Association of Cloud and Mobile Computing Professionals, Past Vice President and Supervisory Committee Member of Internet Profession Association (iProA), the Vice Chairman of Hong Kong New Emerging Technology Education Association.  He is also the Chairman of Smart City Consortium FinTech Committee, the Vice President and Hon. Secretary of Hong Kong Blockchain Development Association, Council Member of Hong Kong Software Industry Association, Think Tank Member of Dashun Foundation and Committee Member of the Hong Kong Cross Border eCommerce Association.  Emil hosts seminars, delivers public speeches and publishes articles of FinTech related topics on media.  He has also be interviewed by major media from time to time.

Emil had obtained a bachelor degree on Applied Computer Science from Hong Kong Open University and graduated from the University of Iowa with a Master of Business Administration degree.  To facilitate his training skill, he also had obtained the NLP (Neuro-linguistic programming) Trainer Certificate with strong rapport building and story telling or over 20 years. 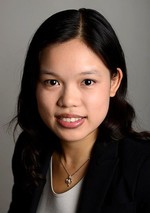 Kitty Ng is a corporate lawyer specializing in cross-border corporate transactions. She regularly advises technology companies on venture capital financing and general corporate and commercial matters. She has advised Japanese telecom institutions with respect to their venture capital investments into U.S. startups / early-stage technology companies. Kitty obtained a Master of Laws degree from University of Cambridge under the British Chevening Scholarships and a Bachelor of Laws degree in Hong Kong.

Edmond Lau has 20 years of profound experience in investment, financing and business development, and is currently the Managing Director of Lingfeng Capital focusing on Fintech investment. He was the Head of Innovative Incubation Centre and the Head of Merger & Integration in SF-Express responsible for the establishment, due diligence and management of incumbents and investees. Prior to that, he served as the Head of Investment in FIH Mobile and the Investment Director in CLSA Capital Partners responsible for investment areas like eCommerce, mobile technologies and water resources. Edmond was previously a Vice President in Citigroup and a senior consultant in Accenture providing financing solutions and strategic advices to telecom, media and technology corporations.

Edmond holds an MBA (distinction) from London Business School, a Bachelor of Information Engineering (first class) from Chinese University of Hong Kong, and a Bachelor of Laws from China University of Political Science and Law. He is the founding board member of CFA Shenzhen Association, Co-President of Hong Kong Internet Finance Association, and a former board member of Hong Kong Society of Financial Analysts. Edmond is a CFA and a FRM.

Raymond is an active speaker and practitioner in fintech areas including Virtual Bank, eKYC, eID, Open API, Mobile Payment and Cross-Border Banking. He has successfully launched “inMotion”, the first remote bank account opening mobile app in Hong Kong without the need to visit branch, submit signature and address proof, alongside with many first-in-Hong Kong fintech initiatives.

Raymond has been working in the banking industry for more than 25 years, with 20 years in supervisory and management positions of international, European and Chinese banks. Before joining 9F International, he was Executive Deputy General Manager of China CITIC Bank International and Head of Marketing & Business Strategy of ICBC (Asia). His career covers many areas in banking including department head of e-Business, Marketing, Branch Network, Call Centre, Sales & Distribution and Business Support. The early stage of his career also covered IT and technical services in a global bank.

Besides actively speaking in summits and forums, Raymond also actively serves in academic services and industry organizations’ committees including:

• Advisory Board of MSc. in International Banking and Finance, Lingnan University

• Convenor for AI Group, Institute of Financial Technologists of Asia

Hong Kong Internet Finance Association (HKIFA) is a non-profit organisation established in Hong Kong. HKIFA leads some of the most ambitious efforts in Hong Kong to promote and advance the education of Fintech and of the use of technology for benefit of the public. We facilitate communication between Fintech practitioners and governmental bodies and promote international exchange of idea around Fintech development.

Syllabus for each module

Each module will be assessed by one individual written assignment. All assessments will be in English.

Student are required to achieve at least 70% in attendance for each module to complete the whole programme.

Venue: Causeway Bay (Location will be notified by email once enrollment is confirmed)

Applicants with other qualifications will be considered on individual merits.

(a) CERTIFIED TRUE COPIES of all relevant academic and/or professional qualifications (please also bring along the originals of these documents for certification at HKU SPACE enrollment center);

(b) CERTIFIED TRUE COPIES of HKID card / passport and visa (if applicable);

The complete set of application forms with all relevant supporting documents may be submitted in person to any HKU SPACE enrollment centers.

Applicants may also pay the course / application fee by VISA or Master Card including "HKUSPACE Master Card" at any HKUSPACE enrolment Centre.

**Double-sided printing is much appreciated.**