Life at HKU SPACE Our Stories

Set our sail and brave the winds, create a brighter tomorrowFeature Story 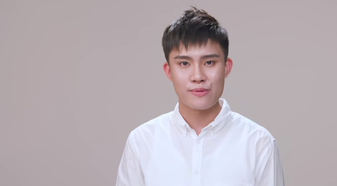 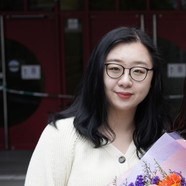 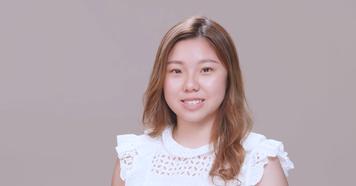 Every year when the Hong Kong Diploma of Secondary Education (HKDSE) results come out, some candidates are happy and some are upset. Those who can go to their favourite universities are certainly happy but for those with poor grades do not need to be discouraged. You will be able to take a different route to reach your destination.

HKU SPACE Community College (CC) was founded in 2000 providing disappointed candidates who are at the crossroads of their lives with sub-degree programmes. Over the past 20 years, tens of thousands of students have had a new start from the School and have successfully entered their ideal universities, creating a bright future for themselves.

There are wonderful stories here every year

2018 graduates
Ashley became the first student who graduated from the Associate of Nursing Studies, CC, and then successfully entered Hong Kong Polytechnic University for a Bachelor’s degree in Science in Occupational Therapy. "Sometimes, failure can help you succeed in a better way. My greatest gain at the School is not only that I’ve become its first graduate to study for the Bachelor of Science in Occupational Therapy at PolyU, I’ve also gained a group of good friends. We helped each other during this period and together went to university."

Timothy chose to study science subjects during secondary school and found them difficult and boring, so he was already worried about failing exams before DSE. After the exam results were released, he went to the CC for the Associate of Business Administration. "I missed my opportunity once and the associate degree was my second chance, so I was very hardworking. After graduation, I received offers from both CityU and HKU. As a result, I went to the latter and studied Business Administration in Accounting and Finance."

2019 graduates and students
Jacky got a score of 23 in DSE but he went to the CC for an associate degree in Biomedical Sciences because his Chinese grade was not good enough. As a representative of the Hong Kong Archery Team, he was absent from the College due to archery competitions. Luckily, later he caught up on learning with his teachers’ help, and then successfully advanced to a BSc (Hons) in Medical Laboratory Science at the Hong Kong Polytechnic University. He says to candidates to "Stick to your goals. Consider studying for an associate degree if your DSE marks are not good, there is still a lot of hope for you to go to your favorite universities."

Paris gave up going to the City University of Hong Kong to study in the Department of Marketing after her DSE results were released.  Instead, she chose the Associate of Arts in Languages and Humanities at the CC to study her favorite social science. After one year, she was admitted by the Faculty of Social Sciences, the University of Hong Kong, with excellent scores. “I’d rather spend a year on an associate degree to help me transfer to the subjects I actually like than waste four years studying something I’m not interested in.”

2020 graduates and students
Erin (older sister) needed to re-study the fifth grade at secondary school due to poor marks became a “super star” in the sixth grade. Although she scored 21 in DSE, she failed to enter the top eight universities of Hong Kong. After two years of study at the CC with the associate degree in Arts in Languages and Humanities, this year she received offers from the Chinese Departments of both HKU and HKBU, where she will be able to enter senior year directly. "My teacher encouraged me to participate in writing competitions, allowing me opportunities to gradually practice my dream of becoming a writer."

Wesley (younger brother) studied for a year in the Department of Visual Studies of HKBU and found that the curriculum did not apply to his personal interests. Fortunately, with the support of his sister, he dropped out and then transferred to HKU to study an associate degree in Arts in Languages and Humanities. After one year, today he was accepted by the University of Hong Kong with full scores. "I am glad that I’ve come here and worked hard for my own interests. With the support and encouragement of my classmates and teachers, I have become more positive and outgoing, and I feel more confident in my future."