At the heart of this delivery for which Professor Stiasny is responsible is the University’s access agenda; to provide accessible education for students everywhere, regardless of race, gender, religion or class, either solely through independent distance learning or through a local Recognised Teaching Centre.  Today, Professor Stiasny is responsible for the delivery of quality higher education to 50,000 students on more than 100 study programmes in 190 countries.

Professor Stiasny’s career in education started at Holland Park School in London where she taught Social and Environmental Studies. From there, she went on to spend much of her career as a teacher trainer, firstly at Goldsmiths College where she also began her long-term commitment to internationalisation of education.  She became Deputy Head of the Department of Education Studies at Goldsmiths and then she moved to Oxford Brookes as Deputy Head of the School of Education. Professor Stiasny moved back to London as Head of the School of Education and Training at the University of Greenwich, and in 2003 she joined the British Council as Director of Education, Science and Society.  At the British Council, not only did Professor Stiasny lead the teams working on the Internationalisation of education and the Prime Minister’s Initiative which had as its focus the intent to increase the recruitment of international students to the UK, but also those working with schools, FE Colleges and HEIs in both the UK and overseas.

From the British Council Professor Stiasny joined the IOE (now UCL Institute of Education) as Pro- Director with responsibility for Learning and Teaching and International throughout the institution and then in 2013 she moved to the University of London Worldwide to take the lead on distance and flexible learning programmes.

Today, Professor Stiasny continues to maintain a strong link with the British Council, through her involvement in the Going Global Conference. With Dr Tim Gore, she co-edited the annual Going Global series of books from 2012 to 2017.  Formerly a Trustee of the Council for Education in the Commonwealth, in 2014 Professor Stiasny was appointed a Commonwealth Scholarships Commissioner. In 2018, Professor Stiasny was appointed a Visiting Fellow of Goldsmiths, University of London. She is also a Fellow of the College of Teachers. In 2013, she was awarded an OBE for her services to higher education.

Professor Holliday assists the HKU President in setting the direction and policy for the University’s curriculum, teaching and learning, and quality assurance of undergraduate and postgraduate curricula. Previously he was Dean of Social Sciences at the University of Hong Kong, and Dean of Humanities and Social Sciences at City University of Hong Kong. His research focuses on Myanmar politics and governance. (More: https://presidentoffice.hku.hk/smt/pvc-TL.html) 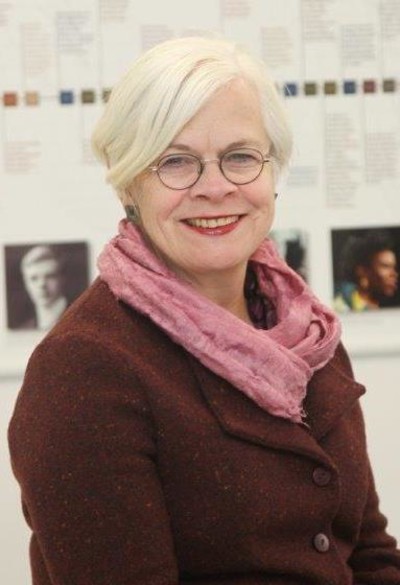