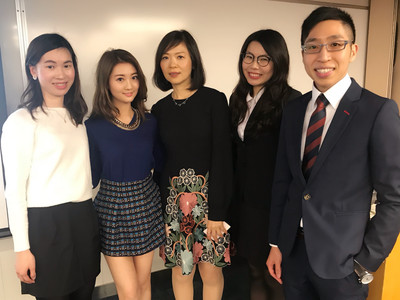 HKU SPACE students studying the University of Plymouth BSc in Business Management participated in the GLO-BUS strategy simulation game recently and were scored by the simulation game on a number of performance variables.  Among them, a group of students: (from the left) Queenie Tsang Wing Yin, Kimberly Shum Tsz Sang, Anne Wu Yuet Sheung, Icy Leung Yuk Ping and Harrot Yiu Chi Man was able to outperform 334 teams from 32 colleges/universities in the world participating in the game worldwide as joint 1st in performance.

GLO-BUS is a simulation game in which groups of students compete head to head over time as companies that develop, distribute and sell wearable cameras and camera drones.  Students take on the roles of directors and are responsible for charting a strategic course for their company.  They have to operationalize their company strategy through decision making to attempt to secure a superior market position & higher profitability over companies played by other student groups. 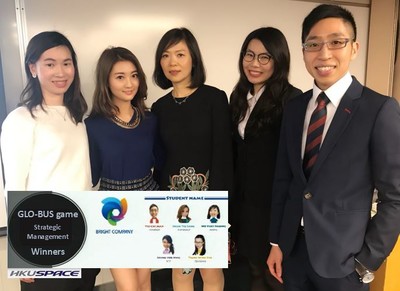 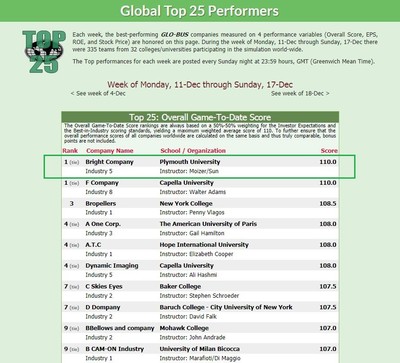