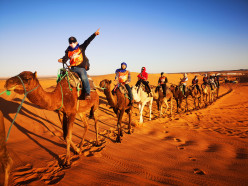 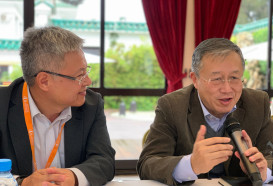 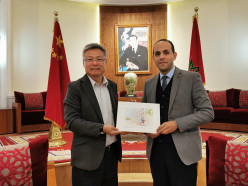 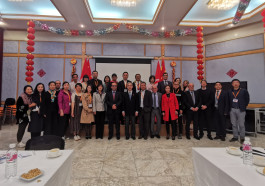 Challenge, break through, and move forward

In order to celebrate the 10th Anniversary of the Institute for China Business (ICB), HKU SPACE, from 28 November to 12 December 2019, an around-the-globe ultimate journey ‘Challenge Yourself, Exceed Yourself’ was held, and the first stop was: the Sahara Desert, North Africa. The alumni team led by Professor Liu Ning-rong, the Deputy Director (Business and China) of HKU SPACE, twice entered into the world's largest desert, the Sahara Desert, through Morocco and Tunisia respectively.

During the trip, the team visited the Mohammed V University in Morocco and met with the Ambassador Extraordinary and Plenipotentiary of the People's Republic of China to the Kingdom of Morocco, the Vice-President of Rabat and the former Mayor of Salé, to gain a comprehensive understanding of the status of China-Africa cooperation, future opportunities as well as the economic development and business environment of Morocco.

After that, the team also visited the Manouba University in Tunisia and attended an Entrepreneurs’ Symposium organized by the Chinese Embassy in Tunisia and the Tunisian Union for Commerce, Industry and Handicrafts. They exchanged their views on the political and economic situation in different fields, and had an in-depth and comprehensive discussion of the business environment in Tunisia.

The 15-day trip has ended with everyone in the team learning a lot. The trip has not only broadened their horizons and inspired their thoughts but has also greatly improved their self-confidence.